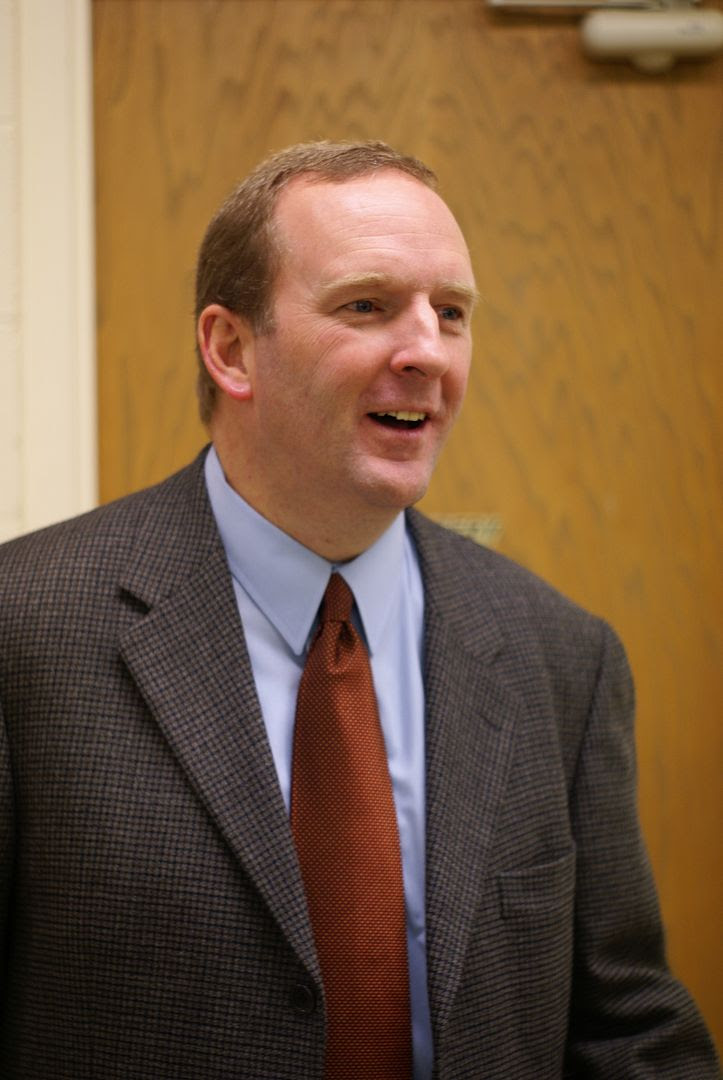 He continued his series on the life of David. His message was based on a fearful time -- war against the Philistines ---with mighty Goliath leading the way:


And there went out a champion out of the camp of the Philistines, named Goliath of Gath, whose height was six cubits and a span.  And he had an helmet of brass upon his head, and he was armed with a coat of mail; and the weight of the coat was five thousand shekels of brass.  And he had greaves of brass upon his legs, and a target of brass between his shoulders.  And the staff of his spear was like a weaver's beam; and his spear's head weighed six hundred shekels of iron:  and one bearing a shield went before him.  And he stood and cried unto the armies of Israel, and said unto them, Why are ye come out to set your battle in array?  am not I a Philistine, and ye servants to Saul?  choose you a man for you, and let him come down to me.  If he be able to fight with me, and to kill me, then will we be your servants:  but if I prevail against him, and kill him, then shall ye be our servants, and serve us.  And the Philistine said, I defy the armies of Israel this day; give me a man, that we may fight together.  When Saul and all Israel heard those words of the Philistine, they were dismayed, and greatly afraid (1 Samuel 17).

The circumstances against Israel were overwhelming.  This giant was 9 feet 9 inches tall !!  However, David, a young servant of the Lord, was excited, and supremely confident in the Lord and the weapons He provides against His enemies.

The full, excellent message, in context, is available on DVD.
Please see Romy.
at 2:15 PM No comments:

Email ThisBlogThis!Share to TwitterShare to FacebookShare to Pinterest
Labels: Steve Modrzejewski
Here is a picture of Michael & Mary Ann Deming 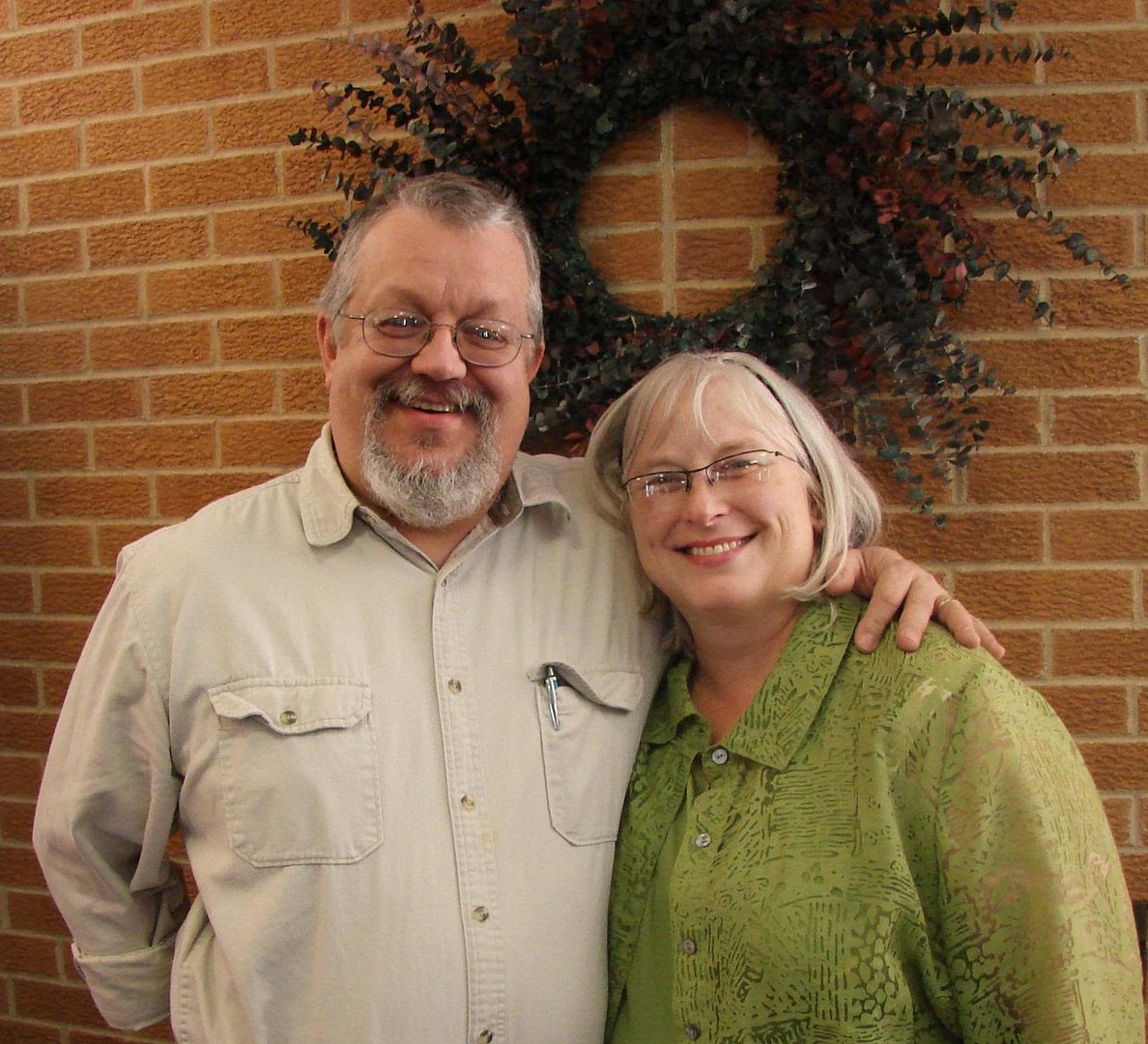 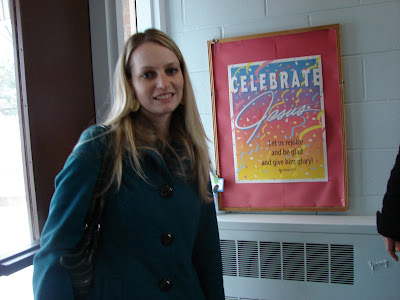 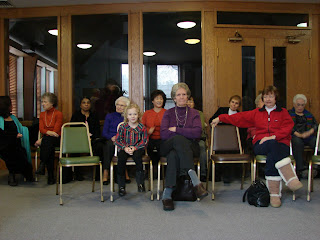 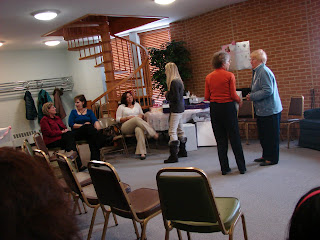 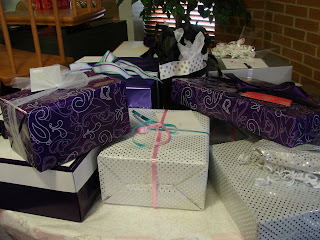 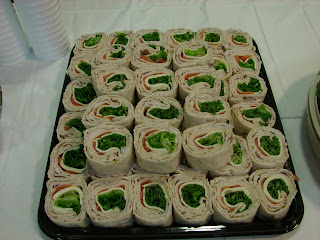 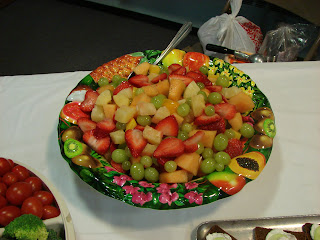 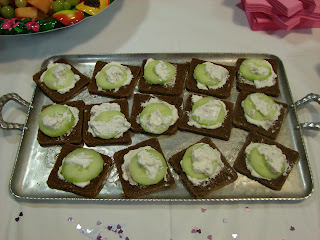 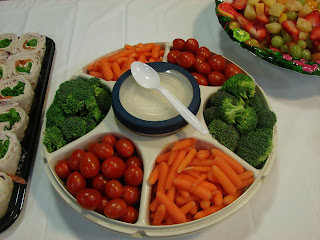 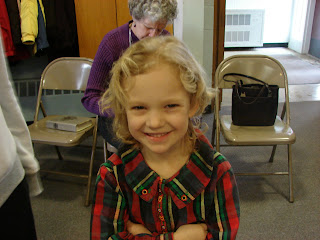 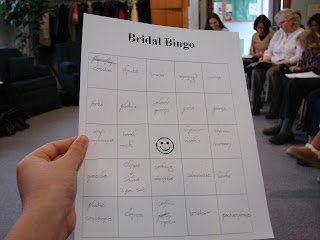 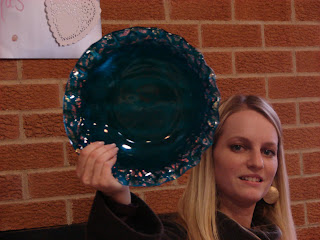 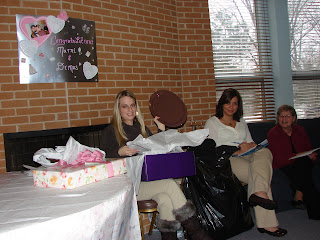 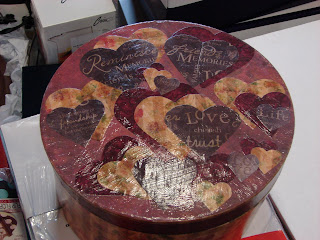 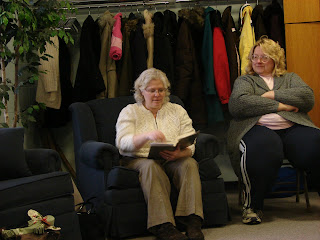 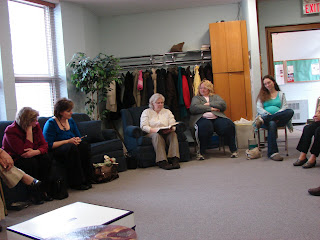 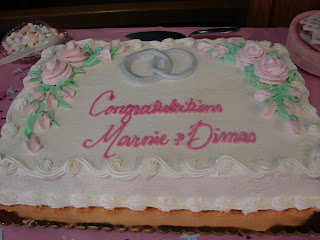 Janice topped off the wonderful party with a word of encouragement to Marni and Dimas  based on
Ecclesiastes 4: 9-12

Two are better than one; because they have a good reward for their labour.  For if they fall, the one will lift up his fellow:  but woe to him that is alone when he falleth; for he hath not another to help him up.  Again, if two lie together, then they have heat:  but how can one be warm alone?  And if one prevail against him, two shall withstand him; and a three-fold cord is not quickly broken.

Email ThisBlogThis!Share to TwitterShare to FacebookShare to Pinterest
Labels: Wedding

He continued his series on the life of David; finally focussing on David in particular in 1 Samuel 16.

1 Samuel 16: 6,7 is a reminder that appearances are deceiving and  not a priority with God:

And it came to pass, when they were come, that he looked on Eliab, and said, Surely the Lord's anointed is before him.

For the full message, in context, a DVD is available.  Please see Romy.
at 9:30 PM No comments: 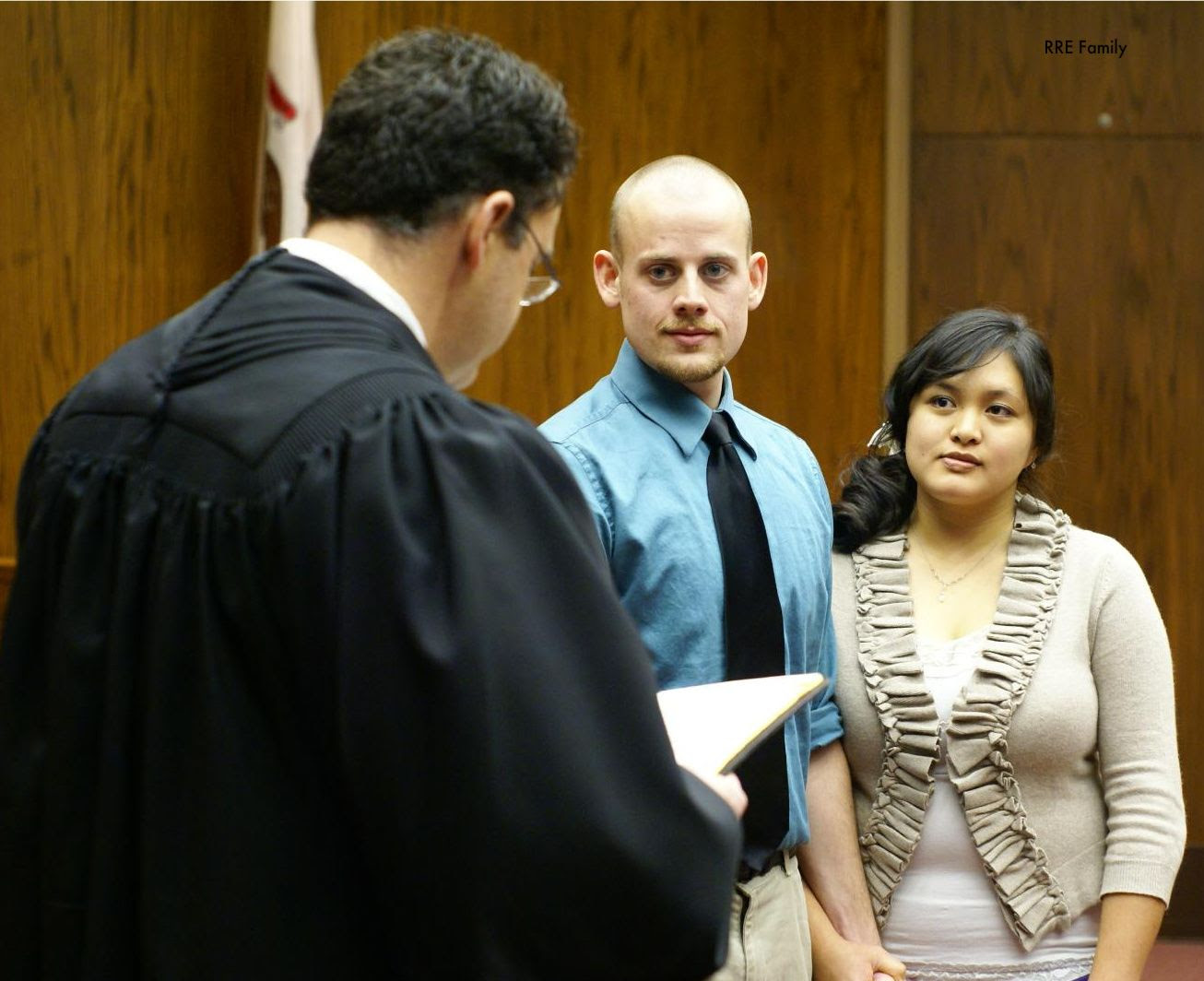 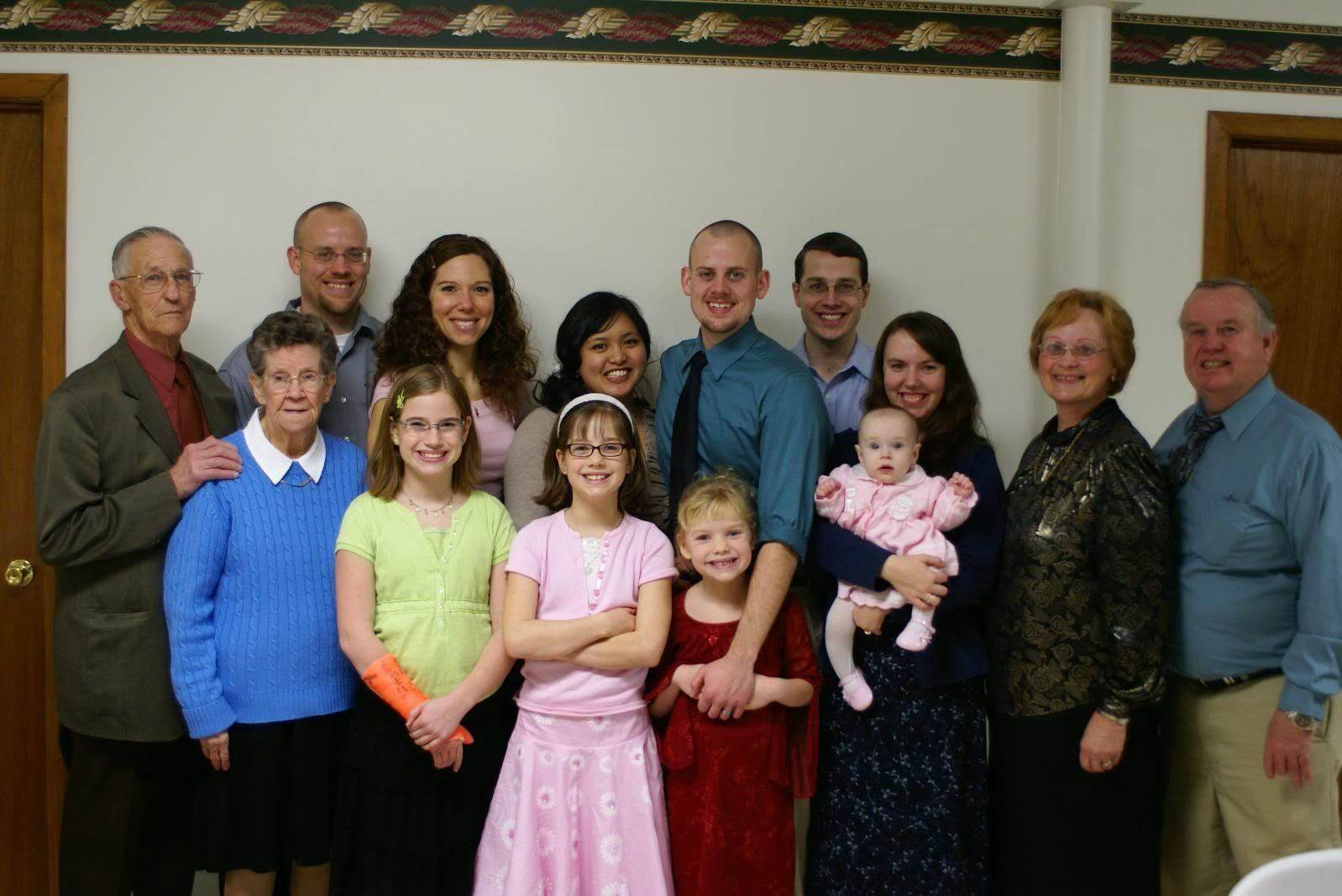 Email ThisBlogThis!Share to TwitterShare to FacebookShare to Pinterest
Labels: Wedding 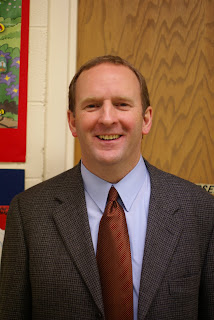 He continued his series on the life of David, starting with Israel's history based on 1 Samuel.  We took a look at the kingship of Saul:

Now there was a man of Benjamin...And he had a son, whose name was Saul, a choice young man, and a goodly:  and there was not among the children of Israel a goodlier person than he:  from his shoulders and upward he was higher than any of the people...Then Samuel took a vial of oil, and poured it upon his head, and kissed him, and said, Is it not because the Lord hath anointed thee to be captain over his inheritance?...


We can learn many lessons from the Bible passages of 1 Samuel.  We conclude with this warning found in 1 Samuel 12: 24:


Only fear the Lord, and serve him in truth with all your heart:  for consider how great things he hath done for you.


Please see Romy for the message, in context, available on DVD.

Our Speaker during Family Bible Hour was Mr Steve Modrzejewski.  He continued with lessons from David's life, starting with the events that occurred before he came on the scene as King.
Here is a short summary of some of the lessons we can learn from 1 Samuel 6, and 7:

Lesson :  God's discipline is consistant & sure


And he smote the men of Bethshemesh, because they had looked into the ark of the Lord, even he smote of the people fifty thousand and three score and ten men:  and the people lamented, because the Lord had smitten many of the people with a great slaughter. ~ 1 Samuel 6: 19


Lesson:  A life of Faith is not necessarily passed down


And it came to pass, when Samuel was old, that he made his sons judges over Israel...And his sons walked not in his ways, but turned aside after lucre, and took bribes, and perverted judgment. ~ I Samuel 8: 1, 3 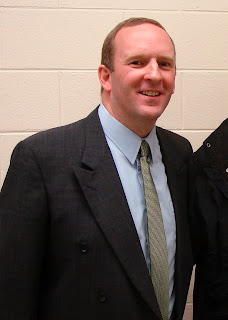 His message was based on Samuel's life and the lessons we can learn from it (1 Samuel,chapters 1 to 5).  Here's a quick summary; The full message is available on DVD; please see Romy:


Now there was a certain man...and his name was Elkanah...And he had two wives; the name of the one was Hannah, and the name of the other Peninnah:  and Peninnah had children, but Hannah had no children...but the Lord had shut up her womb...


Lesson 1 from above:  God uses our personal circumstances for His glory and for other people to learn by.

Now the sons of Eli were sons of Belial; they knew not the Lord...Wherefore the sin of the young men was very great before the Lord:  for men abhorred the offering of the Lord...Notwithstanding they hearkened not unto their father, becase the Lord would slay them.

Lesson 2 from above:  As leadership goes, so goes the Nation


...but now the Lord saith, Be it far from me; for them that honour me I will honour, and they that despise me shall be lightly esteemed.  Behold, the days come, that I will cut off thine arm, and the arm of thy father's house, that there shall not be an old man in thine house.


Lesson 3 from above:  God knows when there's no possibility of change for a person; God will have His way.


...Israel was smitten before the Philistines:  and they slew of the army in the field about four thousand men...Let us fetch the ark of the covenant of the Lord out of Shiloh unto us, that, when it cometh among us, it may save us out of the hand of our enemies...And when the ark of the covenant of the Lord came into the camp, all Israel shouted with a great shout, so that the earth rang again...And the Philistines fought, and Israel was smitten, and they fled every man into his tent:  and there was a very great slaughter; for there fell of Israel thirty thousand footmen.


Lessons 4 from above:  Religious practice does not equal spiritual reality.  The Isralites had placed their faith on the ark of the covenenant, and not on the Lord (a picture of Man's attempt to get close to God).


Lesson 5 from above:  God shares His glory with no one.